Austin, TX — According to the Houston Chronicle, over the span of the past 48 hours, dark money, right-wing operatives have been deploying disgusting tactics and dirty tricks to try to steal the election from the only Democrat in the race, Dr. Eliz Markowitz.

On Monday, dark money, right-wing operatives sent out the following mailer below: 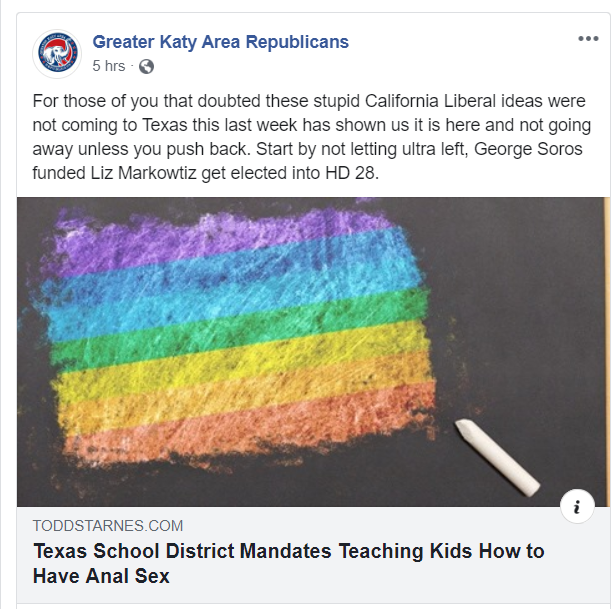 One thing is certain: Texas Republicans are terrified of losing this seat. In fact, yesterday, it was reported that Eliz Markowitz easily outraised all three major Republicans combined.

“Republicans are resorting to disgusting scare tactics and desperate last ditch efforts because they see the writing on the wall. Republicans should be ashamed of themselves, but we wouldn’t be surprised to see even more dirty tricks as Election Day draws near.

“Texas voters won’t be fooled. The best way to push back against toxic Republican tactics is to win this election. Dr. Markowitz is fighting for quality healthcare, strong neighborhood schools, and for an economy that works for everyone. That’s why she’ll win on November 5.”